Time Flies By When You’re The Driver of a Train

speeding out of Chigley with a cargo of cocaine

With apologies to the 4 lads from The Wirral who shook the world. Some of you may have recognised the lyrics from Birkenhead’s finest band ( ok then only band). 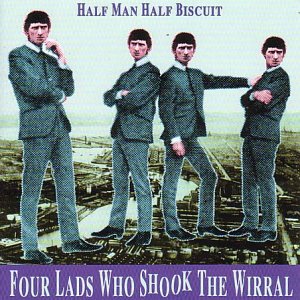 Why am I quoting their lyrics? Probably because I have dodgy musical taste, but more realistically because I am on the train heading to Newcastle. No, for once, it’s not to go to the football, its to go to see a certain young lady. A lady who claims her son is 18 this weekend. I have to say I don’t believe her, she doesn’t look old enough to have an 11-year-old let alone an 18-year-old.

It’s a busy night tonight. Off the train, head to Michelle’s, the almost immediately out for a family meal at my new favourite restaurant Fratellis. The taxi is booked, so no worries re drinking and driving. I feel a red wine and vodka fuelled night. I’ve got the bad jokes ready.

Well, since my last post, the week has been interesting. Homebase decided to take the course of least resistance and are giving me the 2nd sofa free of charge. I have to say that investigations by me – indicate that other companies in the same group are selling the 2 sofas at a saving of £200, not giving one free. A  result I  think for me and a saving of £399.96 on the cost. Sofas hopefully arriving next week!

I have also managed to settle an insurance claim relating to theft from my car and should have a BACS payment for this in my account early next week. It gets better as work have paid me the expenses claim that is outstanding, so its all good. Six numbers this Saturday on the lottery would still be very welcome. I would be left with a serious quandary if I did get those six numbers. Santa Monica or the Maldives for the immediate escape. They both have their attractions. If it was this weekend, I think it would be Santa Monica. Maldives if I win next year perhaps? Butlins at Bognor if I get 3 numbers!

Not much cycling this week. A 30+ miles ride last monday and that’s it owing to various issues and apathy. I didn’t cycle on Wednesday as I was going to Wembley to watch England v France. A great advert for football; well the French might have been. England were awful. The atmosphere was awful as well. We lasted till half time and joined the exodus down Wembley Way. We headed across London to Liverpool St and had a few beers there before heading back to mine. Well Kev & Stu did, Chris went to his luxury digs in Kings Cross – what was it £20 per night? The only one with sense was Brian who went home instead of going to Wembley.

I also went to see Orient in the FA Cup against Dagenham on Tuesday night. The big East London derby! Eat you hearts out West Ham! Orient laboured to beat a poor Dagenham side, but it is only the result that matters as it puts the O’s into the next round and a live TV game at Droylsden as well as £27,000 for beating Dagenham and £72,000 for being on TV at Droylsden. A good pay-day for a little club who normally take less than £60,000 at the turnstiles for a home game.

Have a good weekend and be like me and stay sober.