Well since last Tuesday when I said goodbye (temporarily) to Michelle and Josh, I have had a busy time by my slovenly standards.

I cycled to work on Wednesday & Thursday (see post Toys for the Boys ). Wednesday night, I had company, with Matt & Lynne & their two children coming round for a takeaway and a few beers. Its hard to believe it was June since I’d last seen them when they had a party for the England v USA game at the World Cup Final. It was good to catch up with them. got to make sure its not another 8 months till we meet up again. A night out in Barnsley sounds a good idea!  good to see you Matt, Lynne, Karen & Chloe

OUR NEW PREMISES (below) 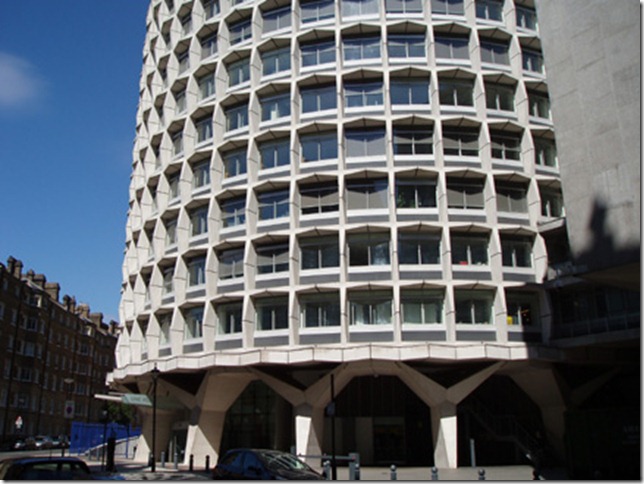 The new premises are rather smaller. In fact, it is only about the same footage as one floor of our current premises. It will be cosy! Actually, I cannot fault the decision we cannot justify staying in our current premises. They are too big for our need and the cost is a saving that can be made to the public purse. it helps towards the 25% savings we need to make in our budget over the next four years. It will be a change to work in an open plan office though!

When we went on an organised trip to the new premises, it was interesting to find the security on the building refused our group access, even those who have security passes for the new building. This augurs well for the future!

Friday brought an early morning start to drive up to York for work. I was delivering an excel training session to some of the legal inspectors in our York office. This was a rather hastily prepared session as I had only 2 working days (including the day of the visit to the new premises) to prepare the session. Fortunately, I had some help in preparing the session from Josh – 11 year old children have their uses.

Driving into york, I was following a learner driver who seemed to have a phobia about using the brake pedal. They drove in such a way that they never needed to brake if the car in front slowed down. They never accelerated to more than 15 miles an hour and kept so far from car in front that friction would slow them down before hitting the car in front! No brakes needed

The session seemed to go down well. I thought it was going to be hard to make it last 2 hours. In fact it lasted about 3 1/2 hours instead. At least now those who attended the session know what Darlington’s highest and lowest attendances in the Blue Square Bet Football Conference were this season, as well as knowing Gateshead are the only team to have scored seven goals away from home this season.

I then had to drive from York to Newcastle to spend the weekend with Michelle. This was another trip with an interesting driver. For around 20 miles on the A68, I was following a car whose (female) driver whom seemed unable to drive over 25 mph and insisted on applying the brakes going downhill to go even slower. She then proceeds to slow down, indicate to stop , then drive on before anyone could overtake her. Some people should not be allowed near a car.

Friday night brought an evening of just Michelle & I – and as this  is a public blog, the details will not be revealed. Saturday brought a parting of the ways, Michelle went into Durham to meet my mother ( scary for me!) whilst I went to the last century to watch Spennymoor play in the land that time forgot @ Consett AFC in the STL Northern League (That trip is detailed in a separate post).

Saturday night was a pub quiz at Ryton FC to raise funds for the U11 football side Josh plays for. It was rather a good night, with our team winning the quiz and my winning a prize in the raffle. The quiz prize was a bottle of spirits and the raffle was a bottle of wine

I must give a mention to the quizmaster – Michelle’s father. No, we had not seen the questions and answers in advance! Its just that I am a genius and got a mind full of useless trivia! Oh did I tell you I’m the most modest person I know!

Sunday brought an early start for us. We decided to go to the coast with the dogs for a walk, then lunch etc. So, we left the house around 12 noon – well its early for us! We can waste time for England.

We made our way to Amble in Northumberland where we had a brief walk with the dogs round the pier, then the market. Sadly the market is not a match for Dagenham Sunday Market, either in terms of tattoos on display or number of pit bull type dogs.

not the cheesy chips the prefer in S*nderland 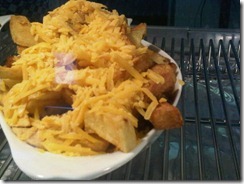 Then it was onto Boulmer and a walk followed by seeing another Muppet driving. He stopped his Volvo, indicated left, then reversed towards our car. He then drove forward, stopped and as we pulled round him he drove forward again. Then stopped, then drove on, then tried to reverse again. A seriously dangerous driver, this time male.

Home and just time time for Michelle to make me some pizzas to take home with me tomorrow. Did I tell you this lady can really cook. Home made pizzas for lunch all week

. Michelle’s cooking is excellent and it is made better by the fact that it is all Slimming World recipes so low fat. (Can you tell me how pizza’s ,curries, jerk chicken, cheesecake etc. are diet foods?

So, its the end of another weekend, and tomorrow brings a week of work in Leeds sat in the Crown &/or Magistrates’ Court observing the quality of the advocates. Interesting you say? Well, I’ll tell you later in the week. Sadly, it of course means that another weekend on Tyneside is over and worst of all, its going to be nearly 3 weeks till I am back here.