For this game, I ventured into my earliest football roots to go to a ground I have never been to before.

Well the first football matches I went to were to watch Bishop Auckland back in the early 1970s. I remember watching Bobby Charlton playing for and managing Preston against Bishop Auckland in the 1974/75 season. Preston won 2-0. This was my first introduction to football hooliganism

. There was sporadic trouble all afternoon.

Bishop Auckland played in those days at Kingsway, a wonderful non-league ground in the town centre. It only had 2 1/2 sides as it shared its ground with the local cricket club.

These photographs were taken from the final game on the old Kingsway. The ground once held a crowd of 16,500 for an FA Cup tie in 1954/55. By the time of the last game at Kingsway, the Kingsway Terrace had been much reduced owing to a road widening scheme.

I have, as you will gather from earlier blog posts and by my user name, got connections with Spennymoor Town – formerly Spennymoor United.

I was fortunate to be accompanied to this game once again by Michelle & a debut for Josh. It is always good to have company. The ground itself is on the outskirts of Bishop and is adjacent to a Sainsbury’s supermarket. Spennymoor fans have labelled Bishop Auckland as “Sainsbury’s Car Park FC”, perhaps rather unkindly, or perhaps not.

The ground itself is a simple modern ground, with a main stand housing the bar and function rooms, toilets, changing rooms and some 200+ seats. Behind one goal there is a covered terrace. The rest of the ground is just a tarmacadam standing area, although there is room for expansion. 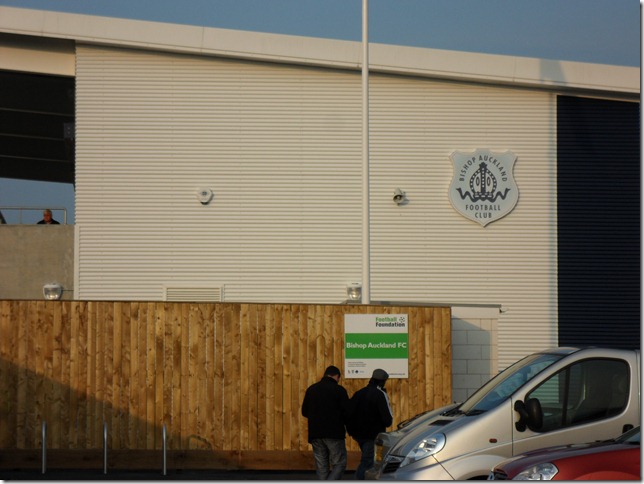 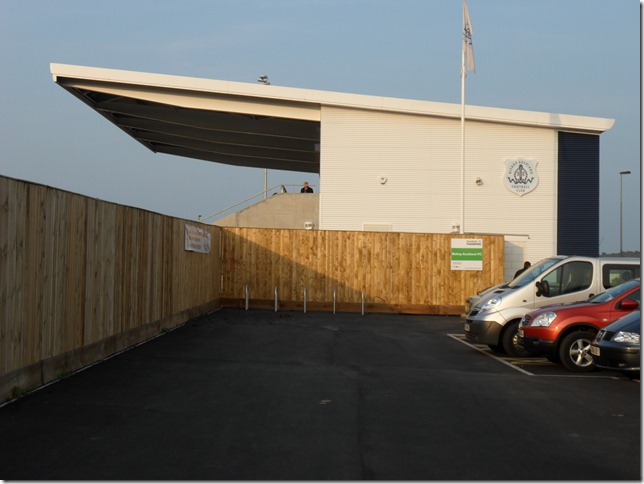 The Above 3 Pictures are of the Main Stand From Outside. 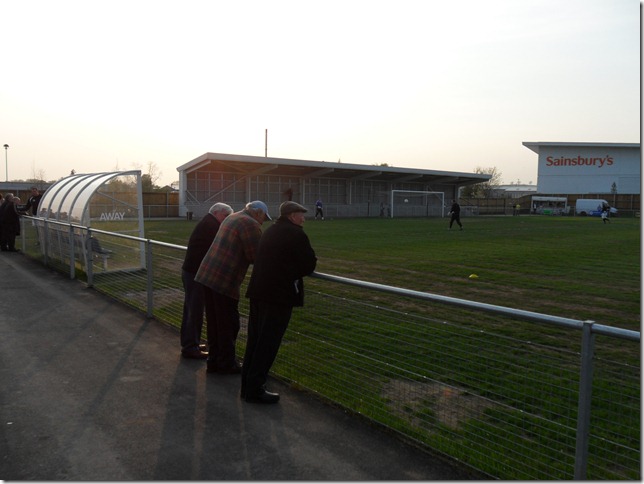 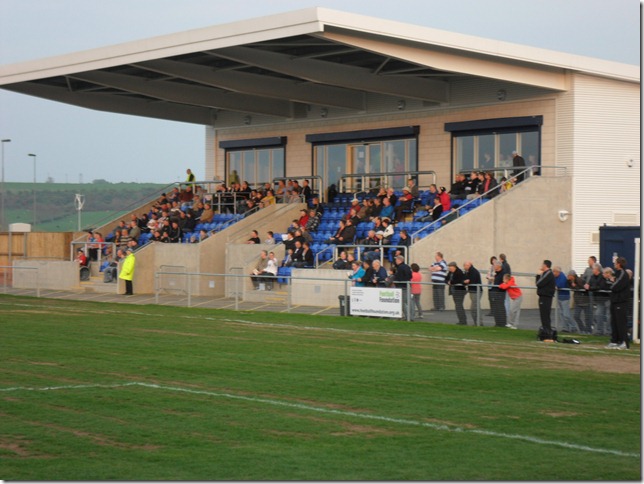 The windows at the back of the main stand are the bar/ function room. This is a very smart room with a reasonably well stocked bar – shame there was no real ale on draught. There was also food available here, including hot pork sandwiches and chip for £3.50. There is a separate catering concession outside in one corner of the ground.

I had been tipped off before the game that the pitch was not in the best condition. This was an understatement. The ground was one of the worst I have ever seen. The pitch seemed to be lacking in grass which had been replaced by sand to the amusement of the Spennymoor fans. There were chants of “How much for the donkey ride” and when the keeper was making a divot to take a goal kick from, some wag warned him “Your sandcastle will be wiped away when the tide comes in.” 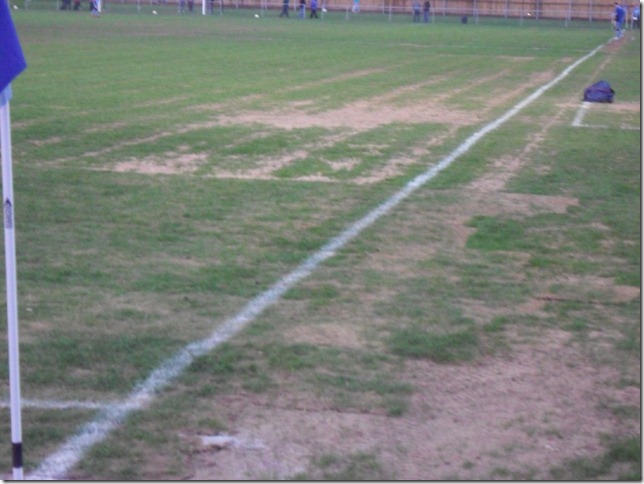 Pictures 5 – 8 of the above sequence show the goalmouth at the covered end of the ground. You can see the excessive amount of sand on the pitch. There will have to be major remedial work on the pitch this summer. I would go as far as to say the pitch was in too dangerous state to have allowed the game to go ahead.

The game itself was effectively over by half time with Spennymoor taking a 2 goal lead after 36 minutes. After that Spennymoor eased off, whether that was to avoid injury or save energy for the 3 games a week they have to play to finish the season on time.