Well Saturday brought mixed emotions for me. I am here in the USA but wished I was at Wembley watching Darlington in the FA Trophy Final.

Four of us decided to travel into New York today for a day of sightseeing. Michael T and another Michael both from Ohio and US citizen had been to NYC only once between them previously. Liza, a Canadian and myself had both been to NYC 3 times each! Ironic isn’t it that the non US citizens had been to NYC more than the US citizens. For Michael T, it was a change to lose his NYC virginity. (Yep, that word again!)

We took the courtesy bus from the hotel to Morris Plains train station (remember that name). We took the train from there to Penn Station in NYC. Now, apparently police officers get free travel on the train on production of their warrant card. So that’s what we did when asked by the guard. All good and free travel for us four. Now, I hear you say, hold on a minute, you are a lawyer not a police officer. Well, its amazing what a Police Unity Tour jacket and an ID card can achieve! We did the same on the way home and saved $28 each on train fares.

On arrival in NYC we paid the $44 to go on the Gray Line open topped bus tour. I have done this twice before, but can still thoroughly recommend it to anyone visiting NYC. You will recall that last weekend Michelle & I did the same in Paris. 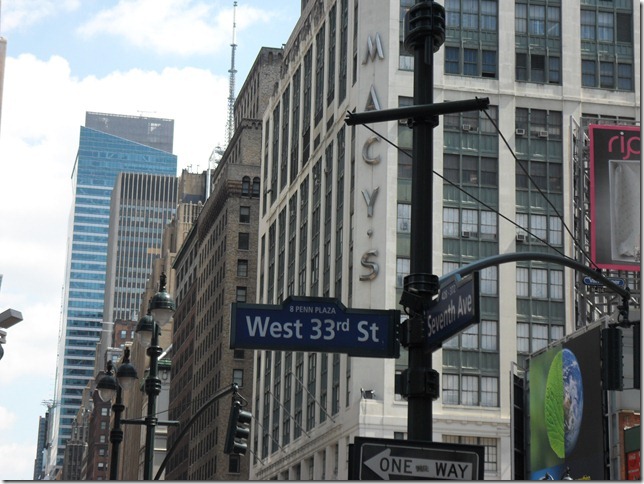 We never had time to pop in here though! Next time perhaps?

We went past the Flat Iron Building and along 5th Avenue. A chance for film buffs to relate what film the Flat Iron building was used as HQ in.

Given I was with police officers, a visit to Ground Zero was in order. There was not a lot to see of the site as building work continues. One of the new towers is growing rapidly though.

You may remember the little church that miraculously escaped all damage in the 9/11 attack. This church became a refuge and spot for rescuers to rest. The church is St Paul’s chapel and it is amazing to learn it suffered not even a broken window. it is literally over the road from Ground Zero.  The church is now a strange mix of place of worship and museum.

There are so many stories to see and learn in there. There is a small shrine to the memory of those who died.

It is touching to read the cards and the other memories of those murdered on 9/11.

There is a torso made out of badges of police and fire departments from around the world. This is topped by a police helmet from Northumbria Police. I do not know how or why, but it is surprising and touching to see a memento from your home police force so far away. 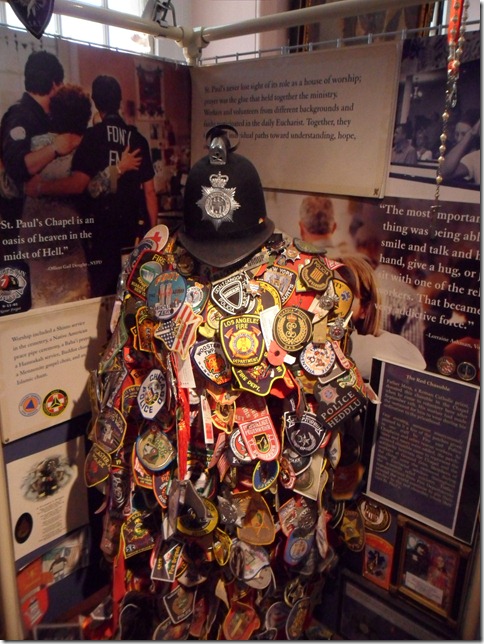 The flag and the “NEVER FORGET” are made up of all the names of those who died on 9/11. It is again moving to see so many names of the deceased. It brings home that what happened that day was something those of us who were not there can never fully comprehend. it was truly horrific.

After Ground Zero, we made our way to Wall Street. No Gordon Gecko there on a Saturday though. We did come across this bunch though.

You may wonder why they were protesting on a Saturday when Wall Street is not trading. Well, a closer look revealed they were being filmed as part of a movie scene.

From Wall Street we made our way to South Street Sea Port where me met friends of Michael T who kindly treated us to lunch and played our guides for the rest of the day.

We headed from there to the Rockefeller Centre and then to St Patrick’s Cathedral which is a beautiful Cathedral. its a lot more modern than our Cathedrals. 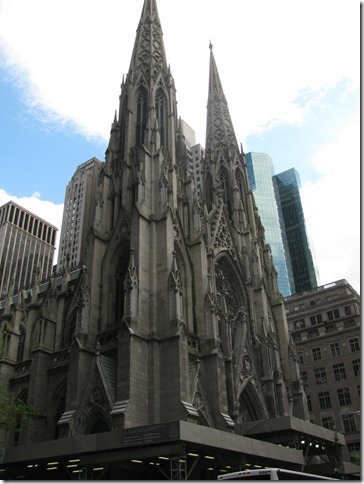 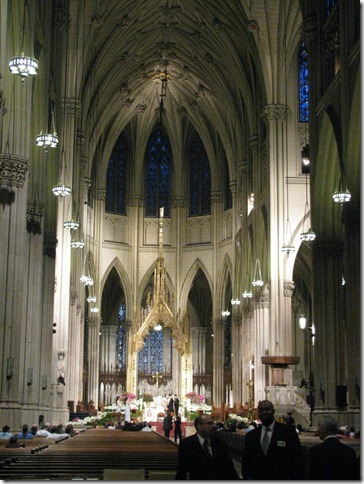 Next, it was time for a bit of levity and a visit to FAO Schwarz – you’ll remember it from the film BIG and the piano. Alternatively, it was in Home Alone as well. Michael T & Lisa had to try out the piano. Well, just for their embarrassment, I videoed it

Next, a brief visit to Central Park – home of so many movies before we made our way back to Penn Station to find a bar to watch the Kentucky Derby. This horse race was over in 2.5 minutes although, my horse still seems to be running (crawling?) I never saw it once in the race.

Just time to go into Penn Station which has a labyrinth of levels and shops and get our train back. Back where? Well you recall I told you to remember the station we set out from? Shame we didn’t and got off at the wrong station. We had to get a taxi to the station we were supposed to get off at. We got off at Morristown instead.

Back to the hotel and sleep was in order. I fell asleep and slept soundly