I remember many years ago my father telling me that cars cost a fortune to buy and then a fortune to run. This was back in the days of Thatcherism when it seemed that everyone wanted to own a car. Remember “Basildon Man” aka “Mondeo Man” who was said to be responsible for the Tories winning elections in 1979,1983, 1987 and 1992?

A man who, beyond the age of 26, finds himself on a bus can count himself as a failure.

I say allegedly as no one seems able to say when it was allegedly said by her. My dad wasn’t far wrong. He just forgot to mention how frustrating they are and keep going wrong at inopportune moments.

Anyway, after years of having flash cars, I finally grew up and have a functional car rather than flash. I have an 11 year old car and have owned it for nearly 7 years now. Its always soldiered on with an annual service and MOT, and not much more attention.

Well, it seems that the car has decided to take its revenge on me.

Firstly, I noticed it was leaking diesel onto my drive. I booked it into the garage hoping that perhaps it only needed a fuel pipe replacing or repairing. Sadly not, it needed a whole new fuel tank. Whilst this expensive part was being replaced, I also decided to have the air conditioning fixed. That of course was expensive as well. It also signalled the end of the hot weather spell we had been having.

Never mind, the car would be sorted for many months…….

Well, two days later, the engine management light started coming on and the power of the engine was limited. The car would not do above 2500 revs and it meant disability scooters were going faster up hills than me. This however was an intermittent fault and only kicked in when I needed the car to get me somewhere fast. Who says cars don’t have minds of their own?

Well back to the garage and 3 days trying to track down the fault. Obviously, the car behaves as though there is no fault when the garage try to diagnose it. The engine management system is not showing any fault when the diagnostics are checked.

Eventually, the car slips up and reveals a fault to the garage and the garage is able to diagnose a fault in a sensor. A whole £30 of parts needed. That is all it costs.

So now, the car is fully repaired and working well? Well, not quite as 2 days later, I notice a slight leak of fuel again from near the petrol tank, so its back again to the garage. I’m on first name terms with them now. This time its a quick diagnosis and a seal just needs to be fitted properly. It was only a small gap and only noticeable when tank was filled to the brim.

This was fixed at no cost to me. Now, can I get the car to the MOT in November/ December without any further problems? Well car, are you going to behave? 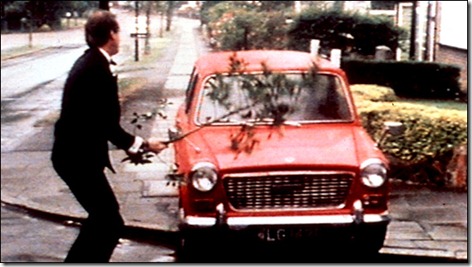 The fact I live in London is a plus at times like this as I cycle to work, have excellent public transport if I need to go anywhere, living near tube, train and bus services. I am also in walking distance of several supermarkets.

So, I suppose I should really count myself lucky and stop whingeing. Well that is what everyone else tells me.