That Was Summer- Apparently

Well, I got up for work this week to find it was a cold, dark damp morning. It seems that Summer is over. Indeed, today I had to use my bike lights to cycle to work. The shorts and short sleeved cycling kit were replaced by long tights and long sleeved cycling shirt.

It was a similar story most days this week cycling to/ from work.

It brings me to the inevitable conclusion that Summer is finally over.

At least we had a summer this year. Last year we seemed to go from Spring to Autumn without there being any Summer. This year was apparently the best Summer for 7 years.

So, what did I do this summer? Cycled thousands of miles, spent hours lazing on the beach or jetted off abroad for my holidays? The truth is I did none of these.

Its been a very different summer. Michelle has been in hospital twice for operations, and has spent the whole of the school holiday’s and more recuperating from the operation. I have taken approximately 3 weeks off work (and a week of special leave) to spend time with Michelle. That has been the major event of the summer. I have driven up and down the A1 between London and the Tyne Valley.

Its certainly not been a hardship for me to spend lots of time with Michelle. It would have been better to spend the time lazing on a beach or round a pool say in Sharm El Sheikh or Turkey, but Costa Del Tyne Valley is better than many places.

Not only has Michelle been admitted to hospital for two operations, but she has then had to cope with being housebound for weeks. After her operation she has been on crutches, and unable to move around very much. Even getting out of the door to sit in the sun on the patio was impossible at first. She was unable to go up or downstairs without someone to ensure she did not fall.

I am not sure if you have ever been on crutches, but it is not easy. I’m glad it was not me on the crutches.

Now Michelle is not one for sitting down doing nothing, totally the opposite of me I hear you say. Well, she has for weeks been unable to do anything else. However, she has been limited to the chairs she could sit on. The sofas were out of bounds for weeks, so it was the hard dining chair or nothing. Sitting for any length of time was uncomfortable. Imagine not even being able to make a cup of tea for yourself.

It sounds great I hear you say, having to have others to wait on you. Well the reality is not quite the same when you cannot do anything for yourself. Even getting a shower is not possible when you cannot lift your leg to step into the bath.

Taking Michelle out in the wheelchair, and then when she was able to get out using the crutches it made me aware of how difficult it is for those with mobility problems. There are a lack of facilities for the disabled. The small number of dropped kerbs to enable wheelchair users to cross the road etc is bad enough, but then you have the selfish self centred lazy motorists who park across the kerbs blocking them. Why? because they are too lazy to walk a few extra yards to the shop.

Then you have the ignorant people who are so wrapped up in themselves that they do not have the decency to move to allow a wheelchair user past. I’m thinking of the groups/ couples who want to walk side by side down the street and seem to expect others to move out of their way. Well, I’m afraid someone in a wheelchair is not going to be able to move off the pavement into the road or onto the grass for you to hog the footpath.

To be fair, it is only a minority of selfish people who do the above. Most people are very helpful. Those of you who are so selfish should be ashamed of you. It is the mark of society how well they treat those less able than themselves.

The good news is that Michelle is on the mend now and hopefully she will be able to get her independence again soon. She has not for example been able to drive since June and is therefore reliant on others to get out of the village.

I’ve not mentioned the need to use a commode because you cannot go down stairs to the toilet at night, or having to wear those distinctly unsexy surgical stockings for the whole summer. Particularly unpleasant in the heat of the warmest summer for 7 years. Whilst the rest of us could soak up the sun, poor Michelle has had to wear those stockings. Now, like any red blooded male, I like a lady in stockings, but a pair of surgical stockings isn’t quite as much of a turn on as a pair of fishnets with a suspender belt.

Of course, the whole summer hasn’t been spent looking after Michelle. She would tell you (probably with justification) that she got a rest and a chance to relax when I went back to London. The highlight of my summer apart from spending time with Michelle came last week when I finally took delivery of every middle aged man’s essential – yes I’ve got a new garden shed!

You may recall that earlier in the year my old garden shed was broken into and thieves stole some of my bikes after cutting through the roof of my old wooden shed. Well after much research and saving up my pennies, I ordered a new garden shed. This is a thick metal shed that is actually designed as a garage for a motorbike. It comes with a (hopefully) secure locking system and is even alarmed. 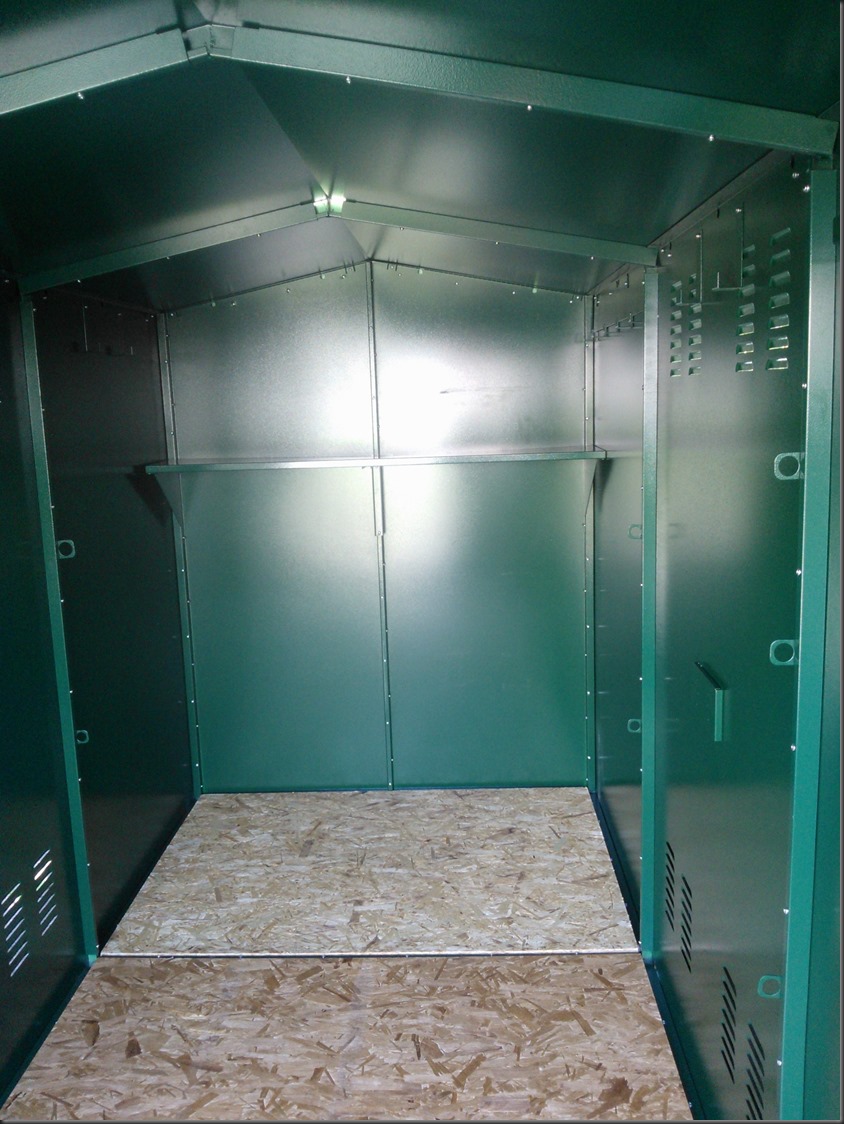 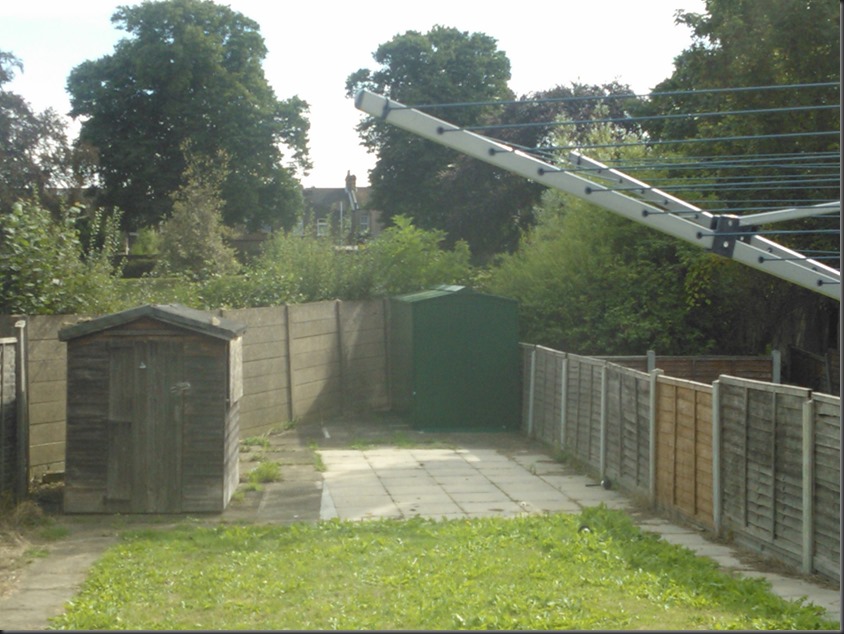 The good news is that i have now been able to remove all my bike stuff from the front room of the house. I now have an additional useable room that I can now get on and decorate and make it habitable. I took the opportunity to throw out a load of “junk” when I was emptying the front room. Just got the rest of the house to clear out now. Its time to declutter my life. I know, I know Michelle you have been saying that to me for the last three years. Yes, you were right (as usual).

As you are reading this, I am going to be attempting to dispose of more clutter from the house. It is incredible how much junk I have accumulated and how much stuff I have kept hold of “just in case”. Stuff that has only seen the light of day when being moved from one junk pile to another.

1 Response to That Was Summer- Apparently